The Power of Mentorship 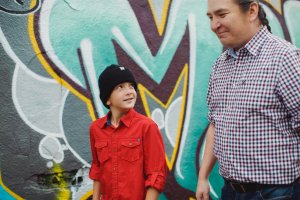 Every child deserves the opportunity to reach their full potential, both as individuals and citizens – that by doing so, they will not only do well, they will also do good.

As role models, mentors teach by example the importance of giving back, of staying in school, and of having respect for family, peers and community. The two-way relationship between a mentor and mentee positively impacts brain development and equips youth with skills needed to deal with adversities and stress they face in a complicated world.

Studies found that mentored boys are twice as likely to believe that doing well academically is important and are two times less likely to develop negative conducts like bullying, while girls are two and a half times more likely to be confident in their ability to be successful at school.

By changing the course of young lives locally, we are changing the course of our community’s future. Mentoring could lead to reduction in poverty and unemployment, safer schools and neighbourhoods, and renewed optimism for growth that could lead to change on a broader, more far-reaching scale. There is no more important investment we as individuals can make than in helping children in our community realize – and share – their full potential.

Big Brothers Big Sisters of the Cowichan Valley has been facilitating mentorship since 1972. A local parent shares her experience:

“A lot of changes occurred to our family in a short time and I knew my son needed something to help him. My son met with his Big Buddy once a week and slowly became happier, came out of his shell and was able to handle the changes. Big Brothers Big Sisters is truly amazing. It really does make a difference in a child’s life when they know they have that special someone just for them.”

53 local youth are waiting to be matched with a mentor. We are calling on Cowichan Valley residents to give a small amount of their time to a child. Making that impact and changing a child’s future takes less time than people think.  We offer a wide range of mentoring opportunities: one-to-one matches, in-school mentoring, and 7-week group mentoring programs.

While mentors from all regions and cultural backgrounds across the gender spectrum are needed, the demand for male volunteers is especially high.

The Power of Mentorship